Meet our Engaged Encounter presenters over on the EE Presenters page. 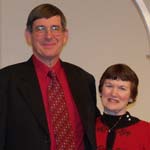 Gene & Nancy were married in 1969 and now treasure life with their two children and their spouses and their six grandchildren. They enjoy hosting friends and spending time at their family cabin in the Poconos. Music, reading, puzzles, taking walks, and swimming are also on their list of hobbies. Gene is a licensed therapist and together Gene and Nancy do counseling and assist congregations through being an interim pastor couple. Gene & Nancy became presenters in 1986 after being Encountered in 1985. 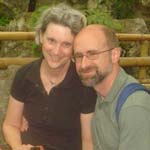 Craig & Sandy have been married for 25 years and attended their first encounter in 1995. They became presenters a few years later in 1999. They have 2 sons and are members and are active participants in the Ambler Church of the Brethren. Craig is an electrical engineer and Sandy is a homemaker. 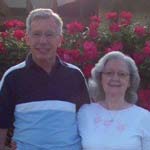 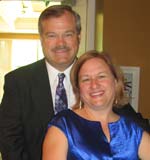 Don & Twila have been married for 35 years, have 4 adult children, and are enjoying the new stage of being grandparents. They had the opportunity to attend a Marriage Encounter for their 10th anniversary. It changed their marriage from good to wonderful. Don & Twila began presenting a few years later in 1998. Don works at BR Kreider as director of Estimating and Twila works part time at Bearly Used Boutique. Don and Twila are thankful to be involved at East Petersburg Mennonite Church. God has blessed them with the gift of Marriage Encounter and they are so grateful!

Bob & Ethel married in 1991 and began presenting as a pastor couple for Marriage Encounter in 2008. They attend Allensville Mennonite Church where Bob is the part time associate pastor. He also works several days a week at Belleville Mennonite School where he is the technology director and Bible teacher. Both Bob and Ethel provide spiritual mentoring for individuals and couples through Seven Acres Ministry which was founded by the Zooks in 2017. Ethel recently stepped aside from teaching at BMS in order to focus more fully on Seven Acres Ministry. Their favorite activities include being present with each other, connecting with their children and son-in-law, playing with their young grandchildren, and seeing God at work in their own lives and the lives of others